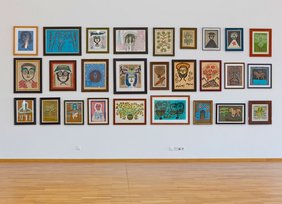 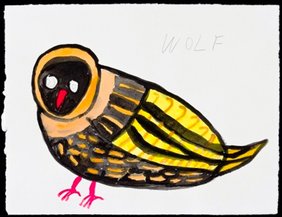 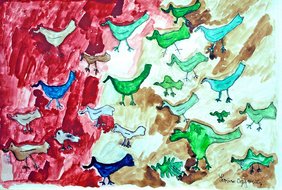 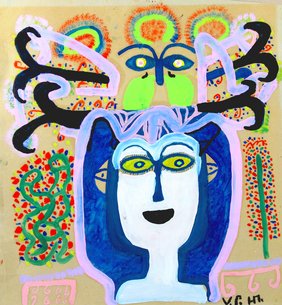 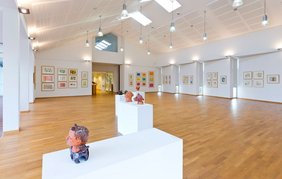 The paintings of Pellegrino (1905-1984), who used to live as a farmer in a remote village in the Italian Appenine mountains, deals with animals, human beings , plants and figures, which he combines to a little symbolic cosmos, similar to the oldest art of petrograph and cave painting. The exhibition shows Vignalis´ art as well as works of artists from the House of Kannen, who find their way towards the nature of life, to everything alive, a process which eventually ends up for each of them in developing their own mental pictures.