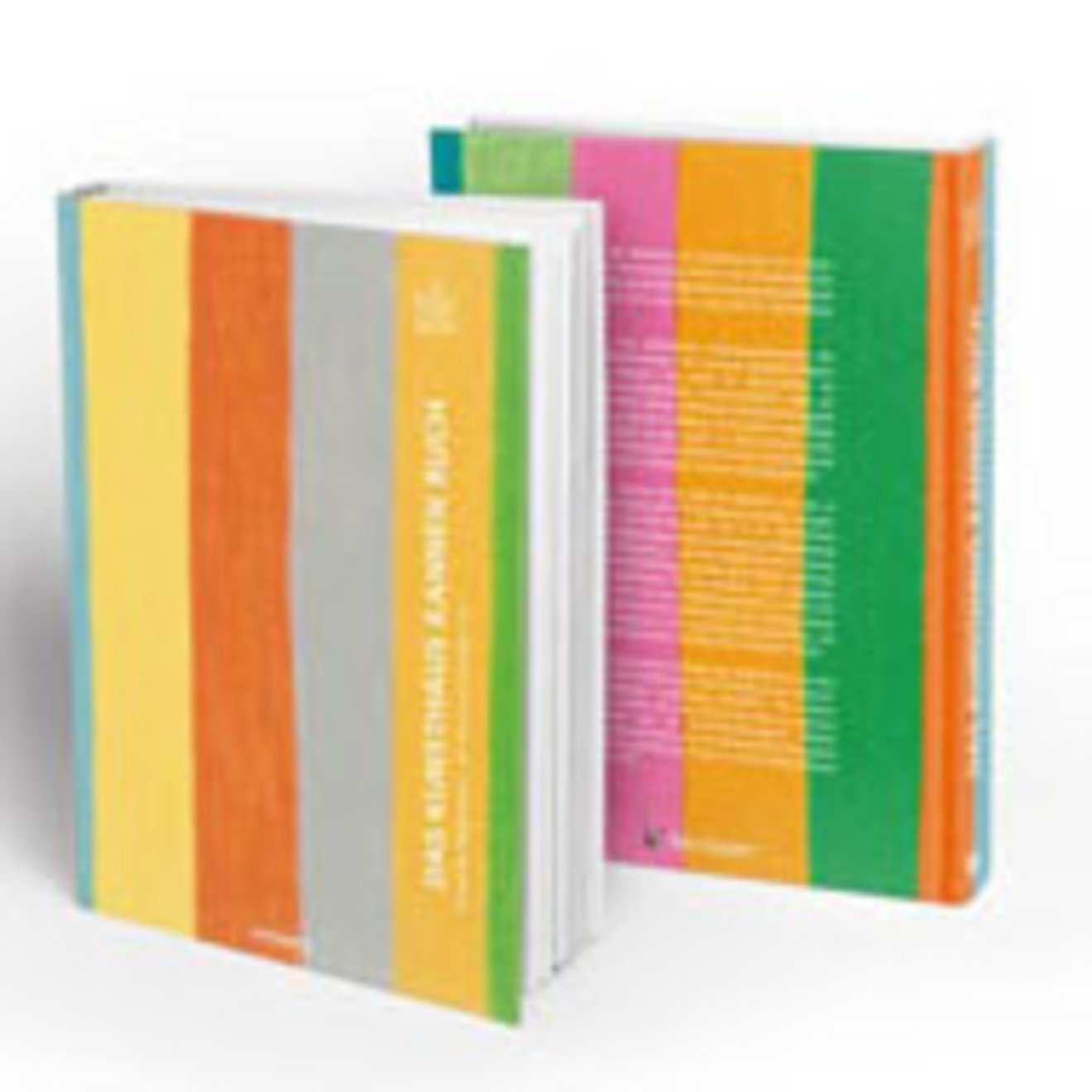 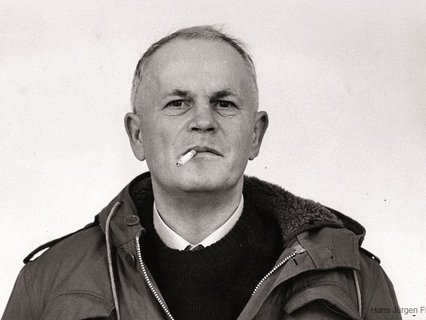 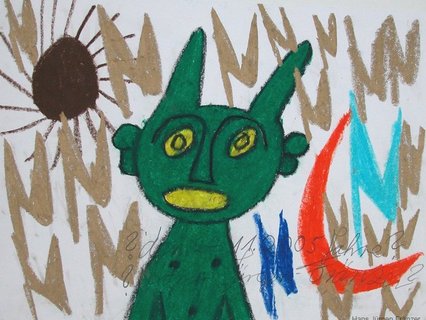 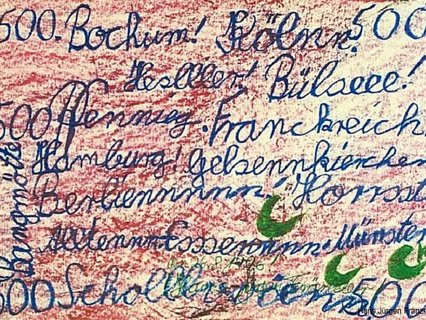 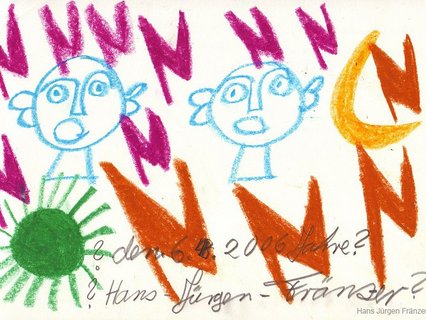 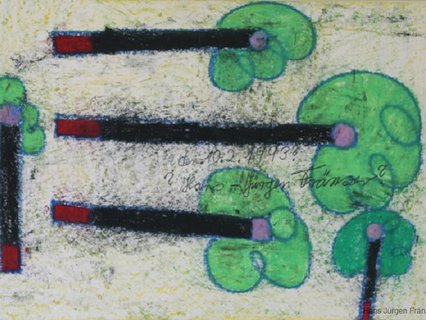 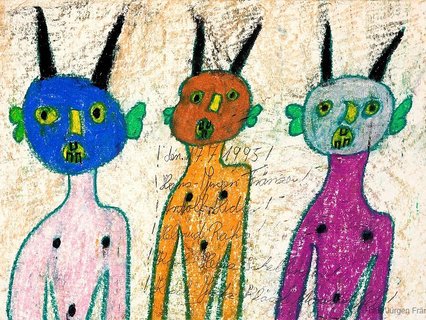 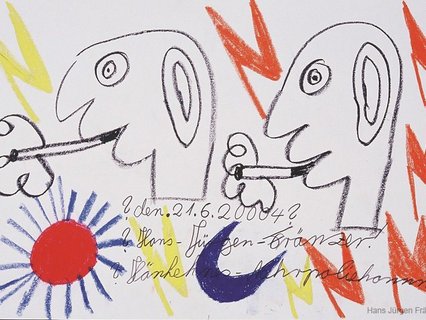 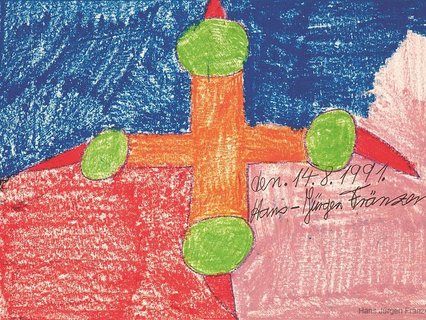 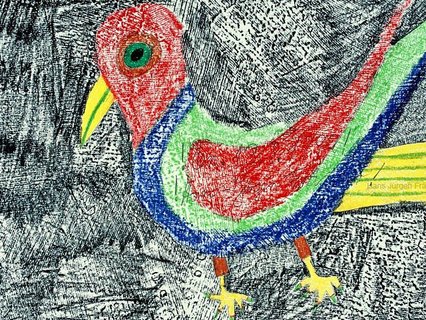 Hans-Jürgen Fränzer: "I made the world, it took a lot of work!"

He paints very swiftly. With a great sense of purpose, he gives form to his world on paper: alongside everyday necessities such as coffee, cigarettes and money, there are animals, people and heavenly objects. He transports the different motifs out of his unusually rich stream of associations onto the paper and assures himself of their presence by repeating them. By concentrating on one motif, others are cast into the background so allowing him the necessary peace and time for the creative process. By ordering the flood of images within himself, he gains confidence about the world in its all its diversity, as well as in himself. Hans­Jürgen Fränzer often asks who he is. Names which he notes down in pictures and associates with his identity become the stones with which he marks out his biographical path as well as his life in society. The sun, the moon, stars and human forms appear as symbols uniting within themselves everything which is possible. Including the devil, with a cross around his neck. Everything is simultaneously conceivable. Even the animals have human characteristics. For Hans-Jürgen Fränzer, every time he signs and dates the finished painting, it is also, in a certain way, a confirmation of himself and the time in which he lives. Finally, there comes the pride of the thing he has just created: "Pretty, isn't it!".